And our IABC/Toronto Communicator of the Year is… 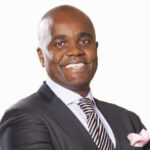 IABC/Toronto is delighted to award Wes the prestigious 2020 Communicator of the Year (COTY) Award because he has demonstrated visionary leadership and communications excellence through his efforts to address anti-Black racism in Canada.

In June 2020, Wes founded the BlackNorth Initiative, whose mission is to end anti-Black systemic racism throughout all aspects of our lives by utilizing a business-first mindset. Less than a year later, more than 400 organizations – including 30% of the TSX 60 – have signed a pledge with the BlackNorth Initiative. The continued success of the BlackNorth Initiative exemplifies Wes’ ability to communicate successfully to positively influence key stakeholders, as well as his strong sense of civic and social responsibility.

Wes is a widely recognized entrepreneur, philanthropist and powerbroker. In 2003, he founded Kingsdale Advisors to help businesses communicate better with shareholders. Toronto Life magazine recently listed him as one of the 50 most influential Torontonians of 2020. The Globe and Mail has called him one of the nation’s most influential power brokers and Canadian Business magazine named him one of the most powerful people in 2016. He also serves as a director of SickKids Foundation, board member of Pathways to Education and Toronto International Film Festival (TIFF), and is also a member of the Ontario government’s Capital Markets Modernization Taskforce. In 2015, Wes was the recipient of the Vice Chancellor’s Award and in 2017 received an Honorary Doctorate, both from the University of the West Indies.

Wes will formally receive the award at the Communicator of the Year Virtual Fireside Chat – hosted by leading Rogers media personality Donnovan Bennett of Sportsnet – where Dr. Hall will discuss the importance of communications in his success, some tactics that organizational leaders can implement to tackle anti-Black systemic racism in Canada, and how we can be change agents within our own organizations and communities.

About Communicator of the Year (COTY)

IABC/Toronto’s Communicator of the Year Award recognizes a Greater Toronto Area executive whose demonstrated leadership and communications skills drive business results, or have had a substantially positive influence on the community.

The Communicator of the Year exemplifies excellence in communications and demonstrates a strong commitment to communication in their professional work.

Only one person may be recognized as the Communicator of the Year each year. The winner will receive the award at an event held in their honour where they make an address.